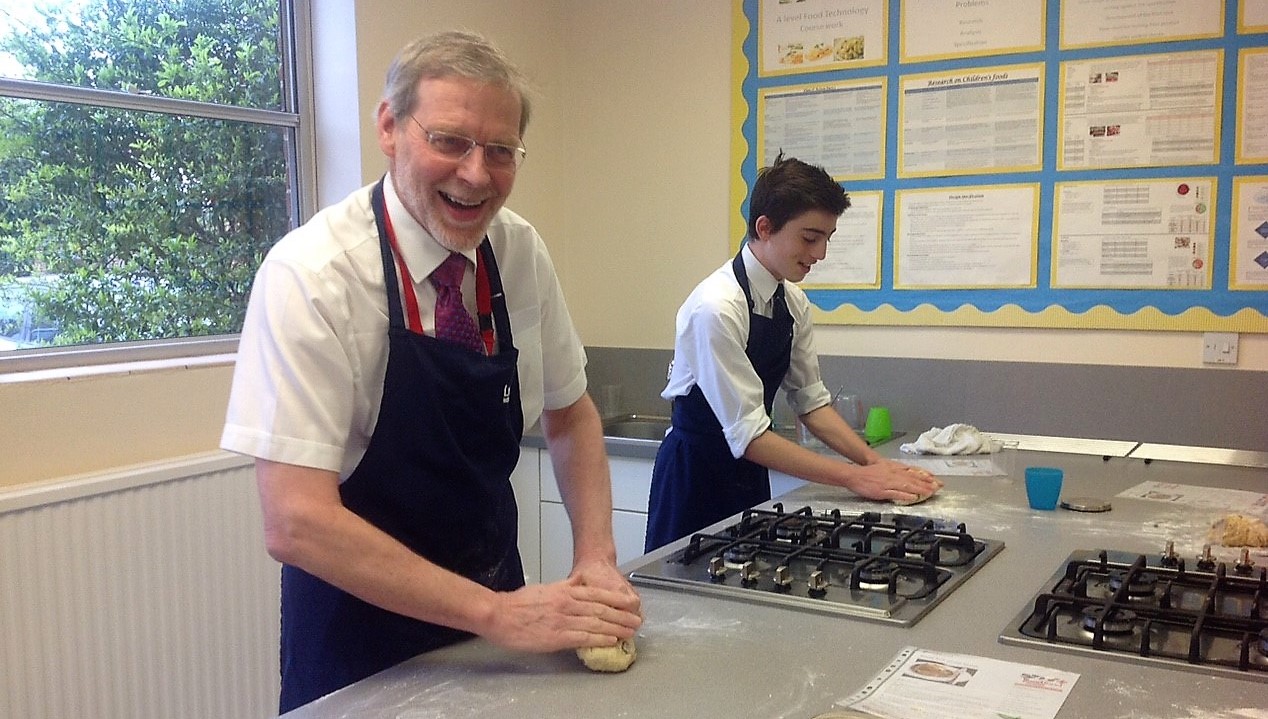 VICE CHAIR OF GOVERNORS AND MEMBER OF LUCKLEY HOUSE TRUST

Jenny initially worked in marketing and PR. After studying interior design and decoration she has taken an active interest in the visual arts. She is involved in several Christian charities, and has been active in Christian educational fields for over two decades. Jenny is married with three adult children.

George has been involved in the provision of both primary and secondary education for more than 30 years. He is Vicar of Elswick, a member of the Diocesan Board of Education and a governor of St Paul’s Primary School, Newcastle upon Tyne. George is also a trustee of Centre West, the Christian Institute, and Newcastle City Mission. George is married to Kathryn, and they have four daughters and sixteen grandchildren.

Bruce is a salaried Employment Judge, based at the London East Employment Tribunal. Until 2019, he was a Barrister in Chambers in the Temple, specialising in employment and personal injury.
Bruce and his wife Catherine have three teenage children. They are members of Grace Church Dulwich, where Bruce leads services and teaches in Sunday Club. He is a regular ParkRunner and has a season ticket at Selhurst Park.

Lisa is a climate resilience consultant at design and engineering firm Arup. She has skills in management, team leadership, strategic planning and stakeholder engagement. A former hockey player, Lisa now enjoys playing and coaching cricket. She is a member of St James’ Church Barkham, where her husband David is Associate Minister. They have one daughter, who attends Luckley House School.

Andrew retired from banking in 2019. He was a Managing Director at EFG Private Bank where he worked for the last 22 years of his career in the banking sector. He sat on the Bank’s Credit Committee and has extensive experience of real estate banking. Andrew has three adult children.

Claire is Headmistress at Merchant Taylors’ Girls’ School, Liverpool and was previously a Deputy Head at the City of London School for Girls. Claire started her career in investment banking including as an Assistant Director of HR. She retrained as a biology teacher and has held a range of positions within independent schools.

Salome is a practising counsellor and accredited Life Coach, Wellbeing and Resilience Coach. She works in 3 schools, as well as in private practice with adults and children. Before training to be a counsellor, Salome spent 18 years in the IT Industry, managing sales and marketing teams across Northern Europe. Salome is married with two daughters. Salome worships at St Marys Church, Wargrave, and enjoys singing and cycling.

Andrew has been a school Chaplain since 2005 and prior to that he was a Vicar in Hull for seven years. He has been Chaplain at Lambrook School since September 2021’ Andrew is married to Lucy, and they share a love of the outdoors, agriculture, their dogs and their three adult children! Andrew’s support for Leeds United keeps him humble.

An experienced finance professional, Neil has a long track record of successful strategic planning, expansion and development in both the commercial, social enterprise and charity sectors, in both the UK and overseas. He has played a key role in raising funds to enable organisations to grow in both the music business and in early years’ education.

In addition he has been and is a trustee for several youth focused charities.

Neil is married to Jaqueline, they are members of St Saviours Guildford and he has two daughters and two grandchildren to keep him busy!

Andrew is a Doctor and consultant orthopaedic surgeon working in the NHS at Frimley Health Foundation Trust and in private practice specialising in hip and knee surgery.  He is married to Rosie (a teacher) with two teenage children.  His daughter Poppy, was Head Student at Luckley in 2021.  He has been involved in youth work at church and summer camps for many years and previously served as a governor at Elstree School.

Fergus is currently Head of Cumnor House Sussex, having formerly been Head of St Andrew’s Prep School Turi, and Housemaster at Cheltenham College, and prior to that Head of English and Drama. He and his family attend All Saints Church, Danehill. He is also passionate about books, rugby and food.

Fergus is married to Tamsyn, and they have three young children.